One of the most commonly asked questions we encounter is whether or not to designate your Revocable Living Trust as the beneficiary of a retirement account and what are the tax consequences of doing so.

In the overwhelming majority of cases, it is our recommendation to our married clients that they name their spouse as the primary beneficiary of their retirement account and name the Trust as the second or alternate or contingent beneficiary.  Financial Advisors frequently inform our clients that by doing so the entire balance in the retirement account will be taxable upon the participant’s death.  This is not the law, and it has not been the law for over ten (10) years.

The advantages of naming the Trust as a beneficiary, as opposed to naming your children directly as IRA beneficiaries, include:

A participant in a retirement account, whether it is an IRA, 401(k), 457, 403b, Profit Sharing Plan, Defined Benefit Plan, or any other Profit Sharing / Pension Plan may designate an individual, Trust, estate as beneficiary to receive the annual distributions on the death of the participant owner.  The rules relating to Trusts as “Designated Beneficiaries” changed substantially several years ago.  Previously, if a Trust was named as beneficiary of a retirement account, the entire balance would be taxable in the year of the plan participant’s death or within five (5) years of the participant’s death.  This was because the general rule was that a Trust did not qualify as a designated beneficiary for the minimum distribution purposes.

If satisfied, these provisions allow the beneficiaries of a Living Trust that has been named as a plan beneficiary to be treated as “Designated Beneficiaries” and defer the taxability of their distribution in exactly the same manner as if they were named as beneficiaries individually (so called “stretch provisions”).  Under the 1997 Regulations, these requirements had to be met as of the participant’s Required Beginning Date (RBD) and for all periods thereafter during which the Trust is a plan beneficiary.  Now, the final Regulations make clear that they need not be met until September 30th of the year after the year of the participant’s death.

The requirements are as follows:

If there is more than one (1) Trust beneficiary, and if requirements are met, then the beneficiary with the shortest life expectancy (the oldest beneficiary) will be considered the Designated Beneficiary for purposes of determining the minimum distributions.  The Final Regulations make clear that the “separate account” rules are not available for Trust beneficiaries. This has led many commentators and financial advisors to suggest that naming each child as a beneficiary directly as opposed to indirectly through a trust as a way to insure each child can ‘stretch’ to their life expectancy. The downside of this includes:

The fact that a Trust has been named as beneficiary does not result in the entire account being taxable upon the death of the participant.  That would have been true under the old rules, which were first changed in January of 1998 and clarified under the 2002 rules.

Note that if there is no designated beneficiary and the owner dies prior to the required beginning date, the balance must be distributed by December 31st of the fifth year following the death of the IRA owner.  If the owner died after the required beginning date, the account balance must be distributed over a period of no longer than the remaining life expectancy of the IRA owner (rather than the life expectancy of the oldest beneficiary).

A spouse/beneficiary frequently elects to receive post-death distributions from the deceased spouse’s IRA as owner rather than as beneficiary because the surviving spouse may delay receiving Required Minimum Distributions until April 1st of the year following his or her attaining age 70.5 (Taking as beneficiary, the surviving spouse must commence receiving distributions by: 1) December 31st of the year following the death of the IRA owner; or, 2) December 31st of the calendar year in which the IRA owner would have attained age 70.5).

The surviving spouse can also designate a new beneficiary for the IRA after the death of the spouse owner.

If this is a second marriage and the participant wishes for the retirement account proceeds to be payable to their children as opposed to the subsequent spouse, then we may advise naming the Trust as the primary beneficiary.

Note, that if a primary beneficiary disclaims his or her benefits and the IRA passes to a Trust as a result of either: 1) state law; or, 2) provisions in the deceased IRA owner’s Will, then the Trust (or its beneficiaries) is not considered a designated beneficiary for purposes of the Required Minimum Distributions.  The lesson here is that one should never name the Estate (as opposed to the Trust) as the contingent beneficiary because that will cause the account balance to be distributed as if the IRA owner had no designated beneficiary.

In conclusion, DROBNY LAW OFFICES, INC. normally recommends that IRA participants designate the spouse as the primary beneficiary and designate the Trust as a secondary or contingent beneficiary for the best results.  On the other hand, there are many unique circumstances in each case, and the IRA participant should consult with their financial advisor, attorney, CPA and (perhaps) family before making this important decision.  If you have any questions concerning beneficiary designation, please contact our office. 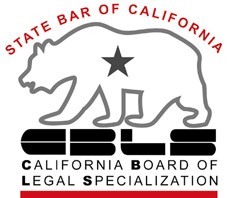 In trying to set up my family trust, I had problems of how I would leave the same amount of money for each of my children–I have five. Because some of my children are doing well financially, there was one child that would not be able to handle a large sum of money all at…